The largest suburban community in the Indianapolis area is Carmel, which lies in southern Hamilton County. Though Carmel stretches wide along the north-central border of Indianapolis’ city limits, it’s a straight shot to downtown Indianapolis from Carmel if you head southbound on U.S. 31/Meridian Street.

Carmel has been a growing city for several decades and boasts a number of unique attractions and homes at all price ranges, from modestly priced homes to high-end custom homes.

One of the first things you’ll learn about Carmel is its excellent public school system (Carmel/Clay schools). There are eleven elementary schools, three middle schools and one high school. Carmel Clay schools consistently rank among the state’s top academic programs. It’s significantly larger than other suburban schools and therefore there are a plethora of extracurricular activities such as various athletic teams and music. The Carmel High School football and basketball teams are regular contenders for the state title and the school’s band competes with the best in the state.

The city has prepared meticulously for its growth with controlled expansion and smart infrastructure planning. Most recently, a number of roundabouts have been constructed along some of the busiest intersections in the city to improve traffic flow.

Clay Terrace is another shopping attraction in the area; an outdoor mall and with upscale retailers, discount stores, great restaurants, a meat market and a Whole Foods Market.

The Monon Community Center (MCC) includes both indoor and outdoor pools and a massive water park. The MCC lies just west of the Monon Trail – a north/south greenway that runs all the way from Westfield (Carmel’s northern neighbor) to downtown Indianapolis. The Monon Trail is very popular for running, bicycling, rollerblading, dog walking, stroller pushing or a leisurely walk.

Beginning in 2011, Carmel will open The Center for the Performing Arts, a world-class performing arts center. The Center will include The Palladium, a state-of-the-art, acoustically perfect, 1,600-seat concert hall plus a 500-seat proscenium theater and a 200-seat studio theater.

Carmel has a little bit for everyone and is a great place to live.

Center for the Performing Arts:
http://www.thecenterfortheperformingarts.org/ 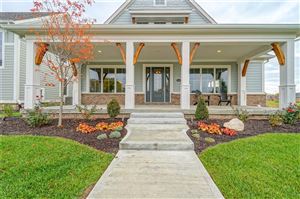